6th Week: The St. Aldate's Leadership React to a Mug of Coffee

Don't ask me how this started... See if you can guess who's who! Some are, ahem, easier than others. (And don't take it too seriously - it's a bit of fun! All who are mentioned below are great people. :-) )
Leadership Team and Staff of St. Aldate's: A Cup Of Coffee 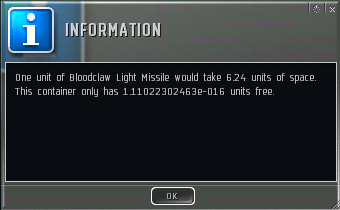 Now, I know I'm not the best at packing suitcases and things. But someone really must be, to minimise space wastage like this...
Posted by James Muscat at 12:53:00 pm No comments: Links to this post

It is done, then... the BBC report that from spring next year Neighbours will be moving to five from BBC One.

Thanks to the wonders of timeshifting, the adverts won't really bother me. Were the BBC right to not pursue its most popular daytime TV show? IMHO yes - a ~300% price hike is nothing to take sitting down. five are willing to pay (and it has nothing to do with them being part of the same company as Fremantle Media, Neighbours' distributors, of course) and I'm glad, because I do like to watch the show. Both ways, we win.
Posted by James Muscat at 6:28:00 pm No comments:

...contrary to popular belief, not everyone in the world is American.

A few days ago Facebook launched their new Marketplace, which as the name suggests is a place for buying and selling things. In dollars.

Yes, that's right. The only choice of currency is the dollar. It doesn't matter if you're British, European or Japanese, you can only put ads that have a $ next to the price.

I was about to say "and nobody bothers to convert from GB£ to US$ to put the price up" but then I realised, who's to say it's US$? Why can it not be Canadian dollars, or Australian? Pick your exchange rate, people! Then pay up but only the converted amount.

I put to Facebook that this might be considered false advertising on behalf of the sellers, if they demand in GB£ what is being advertised in $. Their response:

Thanks for your feedback concerning Marketplace. We are
working hard to make this product as useful as possible to all
users, and we welcome any suggestions. Let us know if you have
any further questions or concerns.

3rd Week: Blair to stand down

The shock news item of the day: BBC NEWS | Politics | Blair will stand down on 27 June

3rd Week: Own Your Own Integer!

Well, since AACS LA claim to own an integer and are threatening to sue people who use it, lots of people have decided to ensure the security of their own portion of the set of positive integers ℤ.

Any attempt to publish or use the number

within the United States (where the DCMA applies) will be met with... aw, heck, I can't be bothered to sue you. In fact, given that generally it doesn't matter where you are but they'll try and sue you under the DCMA anyway: I hereby license the reader to use, copy, redistribute or otherwise modify (including, but not limited to, the operations of "subtraction" and "multiplication") the above Number indefinitely and without limitation, as long as this notice accompanies it.

(If you're reading this and thinking "WTF? You can't copyright numbers!" then you're in good company. Try telling that to AACS LA.)
Posted by James Muscat at 1:09:00 pm No comments:

2nd Week: Update: Microsoft in "We Came Up With This Idea, Really, And Patented It" Shock

On Wednesday I mentioned how Microsoft were trying to claim UAC was an amazing new idea that they had come up with, rather than it being a badly-copied sudo from the Unix world.

Now apparently, it transpires that Microsoft managed to patent UAC in 2000.Except, of course, they didn't patent "UAC", they patented:

Which, in all but giving it a name, is sudo. (Read the full text here.)

Surely you can't argue now that software patents are anything other than a bloody stupid idea. When there's blatant prior art (sudo was around since the 1980s, not the 70s as I previously stated) a patent should not be given. It's clear that either the people granting the patents are being paid by Microsoft to not investigate fully (unlikely, since almost certainly this has happened elsewhere) or simply are not qualified to make decisions on technology matters.

Worse still: the patent explicitly states that "the invention is not to be limited to such specific examples, and the
inventions
may be practiced in general purpose computers or computers with
operating systems other than Windows.RTM., such as Unix or Linux."

How the f*** did this get through? And why does the European Parliament repeatedly need convincing that software patents are a bad idea?

Sorry about the language. It's been a long week, I've had far too little sleep and I have 25 minutes to do 2 hours' work.
Posted by James Muscat at 4:35:00 pm No comments:

Just thought I'd share that with you... (If you haven't a clue what I'm on about, then read up at Slashdot.)

"Again, you've got to ask - what's the point of DRM? It doesn't matter that the average person won't have the ability to crack their HD-DVD software, or that the company will be able to revoke the code using its fancy-dan systems. All it takes is for a couple of pirates to get their hands on it, and all those Aarrh, Jim-Lad! movies are sitting pretty. The sheer number of people trying to crack any security system makes such protection a totally asynchronous battle - it only takes one lucky hacker."
(Richard Cobbett, PC Plus)

Let's be clear, this is no justification of illegal distribution of films. Rather, it is more evidence that DRM is defective by design, that it cannot fulfil its remit but rather imposes unnecessary limits on legitimate consumers.

The other point of interest to bring out of this story is the question of how much censorship is possible, and how much is acceptable, in this so-called "blogosphere".

2nd Week: Microsoft in "We Came Up With This Idea, Really" Shock

"a new security component Windows Vista. UAC enables users to perform common tasks as non-administrators... and as administrators without having to switch users, log off, or use Run As. ... By separating user and administrator functions while enabling productivity, UAC is an important enhancement for Windows Vista."

It's similar to, but has some major differences to, the user/superuser model that's been used in Mac, Linux and other Unix-like systems since the 1970s.

"If you look at it from an architectural direction, User Account Control
is a great idea and strategically a direction that all operating
systems and all technologies should be heading down."

Uh, hang on a minute... Just read the last two paragraphs again, will you... "should be heading down"? Is this another case of Microsoft taking an idea that others came up with ages ago, changing the name, and pretending it was theirs all along and how silly of others to not have thought of it?

From the blog article:

"This is a new revelation for the company, but let's not kid ourselves:
this general approach to process elevation is older than Windows
itself."